Electrifying Everything: The Future is Bright for Solar

Why electrification is a key theme to Energize’s investment thesis

Electrification is a key theme to Energize’s investment thesis. We invest in software and business model innovations, many of which directly contribute solutions towards decarbonization by means of electrification. In this blog series, we’ll explore this critical transition and the technologies driving and enabling it.

In my last post, I argued why we should electrify everything, and power that electricity primarily with zero-carbon solar and wind. I highlighted nine technologies essential to renewable electrification across four key tenets: 1) Generate most electricity with renewable sun and wind; 2) Firm up and move electricity from renewables to demand; 3) Electrify vehicles and buildings; and 4) Make the new electricity demand digital and efficient.

I am convinced that solar is poised to become the dominant electricity source for humanity, surpassing coal, natural gas, nuclear, and even wind (although it will be a tight race).

The market is ready for mass transition to solar

To begin, some simple framing: Enough sunlight reaches the earth’s surface to power the global economy 4,500 times over. The National Renewable Energy Laboratory (NREL) estimates installing solar panels on every rooftop in the U.S. could meet about 40 percent of current electricity demand. Add parking lots and building-adjacent fields, that figure could double to 80 percent. NREL also estimates that utility-scale solar built on deserts, fields, farmland and elsewhere could provide 155 TW of generation capacity. As a reminder from my last post, electrifying everything in the U.S. would increase electricity demand up to 1.8 TW. Even after selecting only land feasible for solar and converting raw sunlight into usable electricity, solar in the U.S. could power a fully electrified economy 100 times over.

Okay, the potential of solar sounds great — but does it make economic sense? The market is unequivocally screaming YES! Bloomberg New Energy reports that in the past decade, the cost of solar has declined by nearly a factor of 10, causing global installed solar capacity to surge nearly 40 times, from 40 GW to 770 GW. As I covered in my last post, the levelized cost of solar already competes today with coal, nuclear, and increasingly, natural gas. Still don’t believe me? Consider WEC Energy recently announcing plans to retire 1.8 GW of coal and build 1.5 GW of clean energy — including 800 MW of solar. Yes, solar energy is even winning in “sunny” Wisconsin.

In the clean energy transition, I have found that system-wide changes often happen faster than predictions, and the same holds true for solar. Experts have consistently underestimated the velocity and scale of solar’s growth. From 2006 through 2018, the International Energy Agency continually mis-forecasted future growth, despite a growing body of evidence from the year prior suggesting sustained tailwinds.

I predict solar will continue to confound expectations. Every day, it seems like the solar industry is establishing a new record. Recently, renewables developer and operator (and Energize LP) Invenergy announced a $1.6B, 1.3 GW solar farm that, once completed, will become the largest in the U.S. Aurora Solar — a solar software pioneer and Energize portfolio company — just raised $50M from investors to accelerate the digital transformation of the solar industry, marking the largest single investment in the market. I also like this tweet thread from Nat Bullard and Jenny Chase of BNEF reminding us that even the forecasting experts can underestimate future growth:

Solar’s future growth will be heavily influenced by policy, continued progress on solar hardware, and innovation in software and controls. Policy can create tremendous tailwinds or headwinds. In the U.S., the investment tax credit (ITC), net energy metering and renewable energy portfolio standards all accelerate solar deployment. Recent import tariffs on Chinese solar panels and difficulty securing permits for interconnection to the power grid have impeded solar’s progress. Additionally, costs for hardware components like solar module and power electronics will need to continue dropping at rate similar to the past 20 years. Max Roser of Our World in Data posted an excellent analysis summarizing solar’s 89% decrease in cost over the past 10 years due primarily to hardware cost declines.

At Energize, we focus on digital innovation — so I am going to focus on the two primary obstacles solar faces where digital solutions can help:

2) Intermittency and inability to “dispatch” on command

I am optimistic that the industry will overcome each of these hurdles in the next decade. How? The answer is in the two S’s: Software and Storage.

Solar “soft costs,” which include basically everything besides the solar panel and accompanying hardware, have remained stubbornly high. In fact, soft costs now account for more than half of the total costs across both utility-scale and rooftop solar. High soft costs both stifle growth and reduce the overall profitability of solar projects. Chris Hopper, CEO and Co-Founder of Aurora Solar, agrees that software is the key to diminishing soft costs.

“After a decade of significant cost reductions led by falling hardware prices, solar soft costs, which can account for as much as 64% of the total installed cost of a PV system, are the last frontier for bringing affordable clean energy to everyone,” said Chris. “This is exactly where software like Aurora comes in — modern software enables solar installers to accelerate sales, streamline operations, and combat critical cost-drivers such as change orders, thereby driving down the total cost of delivering solar energy by at least 13 to 20 percent.”

The ecosystem of early-stage companies combatting solar soft costs is robust and growing. Here are a few other firms to keep your eye on:

The second barrier for solar is somewhat obvious: The sun only shines during the day and in the absence of storms and clouds. Adding battery storage enables solar to store energy for use in the early evening, continue producing during periods of modest cloud cover, and act as a more flexible resource to benefit the power grid.

A trend we monitor at Energize is the levelized cost of rooftop solar plus storage relative to retail electricity prices in different markets. Once solar plus storage reaches parity with the price of grid electricity, consumers and businesses theoretically can adopt solar and receive an economic benefit on day one by consuming energy directly from their own solar array, irrespective of local policies and rules like net metering.

There are two primary reasons why I think storage will prove so impactful to solar firms:

Solar plus storage is becoming a viable alternative to back-up natural gas and diesel generators that many homeowners and businesses buy for added resiliency. Extreme weather events like the wildfires in the western states, intensifying hurricanes in the Southeast and even derechos in the Midwest are placing strain on the power grid reliability. The COVID crisis has only accelerated demand for solar plus storage as rising home energy bills awaken consumers to alternative options.

Consumers and businesses are opting into the combined benefit of local, clean solar power paired with the resiliency of back-up storage capacity — and they’re also buying into the costs. In a side-by-side comparison of solar plus storage versus a gasoline backup generator, EnergySage reports a projected costs savings of $22,000 over 20 years.

Upselling solar customers on the benefits of storage is a natural (and proven) angle for solar firms to grow revenue. Firms like SunRun and Sunnova are seeing energy storage attachment rates of 30 to 40 percent. But an important second-order impact is the possibility of increasing gross margin and net profit by bundling solar with storage. Effort (and therefore cost) associated with sales, engineering, financing, procurement and even maintenance can be spread across a much larger total project value, which in turn improves profitability. I believe that boosting profitability and demonstrating that solar can achieve superior unit economics will be an important area of focus in the next stage of the sector’s growth.

Most solar projects sell the energy they produce in “power purchase agreements” (PPAs), where a customer — whether utility, corporation or individual — agrees to buy all or some of the power produced for 10 to 20 years at a predetermined price per unit of energy. For solar providers, the long-term certainty of guaranteed revenue can be great — but there is a tradeoff. In return for certainty, solar PPAs are priced with very slim profit margins.

In the future, I think we’ll see solar compete in wholesale markets as merchant plants that sell a portion of their capacity as PPAs for guaranteed revenue, but reserve a portion to participate competitively. How? Adding storage will become de facto for utility-scale solar plants to smooth intermittency and create more diverse revenue opportunities. Storage will enable solar plants to dispatch based on price signals and store energy to be released later in the evening or the following morning. Market participation has the potential to increase revenues and profit margins, but remains heavily dependent on regulation allowing smaller power plants to compete in wholesale markets. Recent Federal Energy Regulatory Commission (FERC) orders have potential to open up the power grid to broader competition, but these are still being implemented by regional wholesale market operators.

In the interim, there are several innovative companies employing technology to create market access for solar, storage and other distributed energy resources. Here are the companies working on solar plus storage that I am bullish on:

Solar’s future is bright, especially if the industry can harness the power of Software and Storage. Solar will be a pillar of decarbonizing an electrified world, but I recognize it is not a panacea for generating zero-carbon electrons. Solar can largely decarbonize energy demand during the middle of the day and portions of the morning and evening when paired with storage. But to fully address the sun’s downtime, we’ll need to look solar’s big sister — wind! In my next post, I’ll discuss the rise of wind power and how the industry continues to push through perceived limitations on performance and cost to continually deliver a valuable zero-carbon energy source. 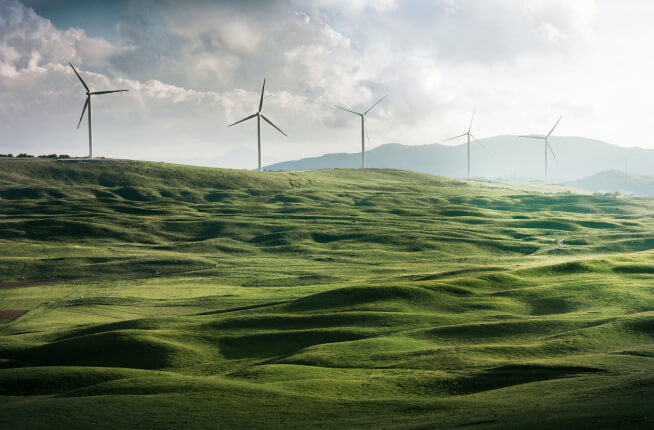 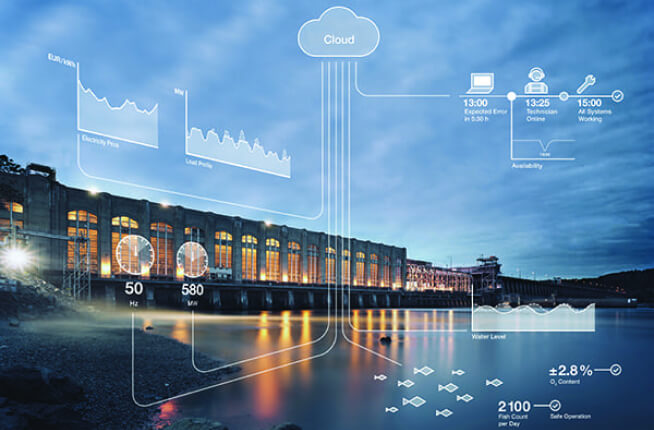 Electrifying Everything: No sun, No wind, No problem
Insights 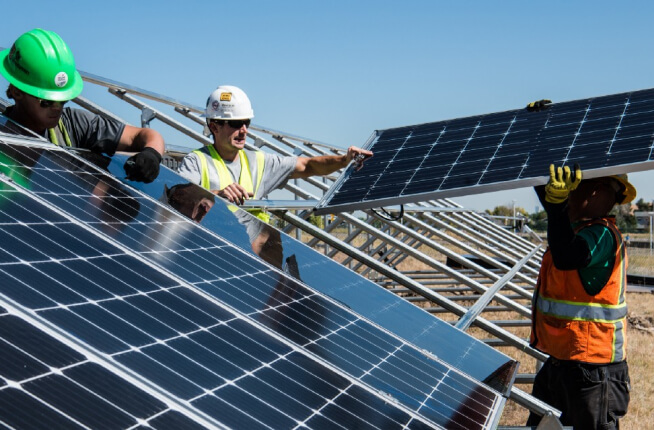 The Role of Solar Financing in the Path to Economic Recovery: Hear it from the Experts
Insights
ALL NEWS & INSIGHTS