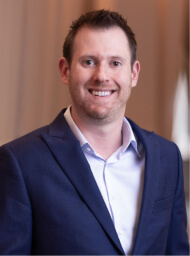 As a principal on the investment team, Kevin is primarily responsible for managing Energize’s growth equity platform.

Kevin brings more than a decade of experience in energy and renewables, with roles spanning business development, product marketing and finance. Prior to joining our team, Kevin was a founding partner at Intelis Capital, an early-stage venture firm focused on energy transition and climate change startups. Before becoming an investor, Kevin spent three years on the operating side at Choose Energy, the largest online energy marketplace in the U.S. He was one of the first employees at Choose, and as head of product helped guide the company through several fundraising rounds and eventually an exit in 2017. Prior to that, Kevin began his career at NRG where he held roles in business development and finance.

Kevin holds an MBA from Southern Methodist University and a B.A. in political science from the University of North Texas.